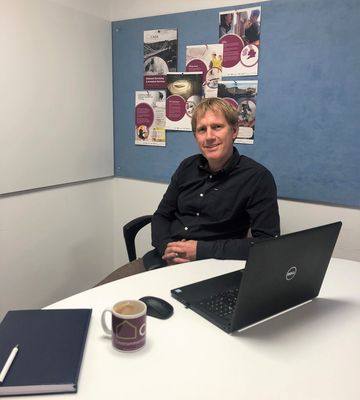 In order to provide an enhanced level of service to their existing client base, Casa Environmental Services Ltd have recently opened an additional branch office covering the Devon and Cornwall Counties.

The strategically placed office in Saltash will allow Casa to access both counties and provide a more competitive pricing structure throughout the area for both existing and future clients. This will allow Casa to increase both their presence and client base. Consideration is also being given to expanding their analytical services to include another Laboratory in the region.

The company, in line with Casa company policy, will be looking to recruit and train locally based personnel as the branch expands.

Assisting Casa in achieving this will be new branch manager Dave Chudleigh. Dave has been working in the asbestos industry for many years and is an experienced Surveyor. His long association with the Directors of Casa will assist in his integration into the Casa Team.

To accompany the development of the business, and the opening of new locations, Casa became UKATA approved asbestos awareness training providers in July 2018 .

The Directors of Casa took the decision to become professional members of the United Kingdom’s Asbestos Training Association because of the organisations unrivalled reputation and standards of excellence.

Lee Hardy was chosen by the Directors to become Training Manager. Lee has worked with Casa for a number of years and has over 20 years’ experience in the asbestos industry as a surveyor and analyst. His experience and knowledge made him an obvious choice for the training role.